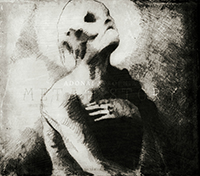 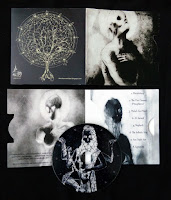 Adonai Atrophia is a journey that originates from the pre-eternal Chaos to what would be defined as rough order.

This dark ambient manifestation uses sound transfusion and ethereal vibrations, describing the crystallization of the Spirit, from “Dawn” to “Malkuth” – the solid kingdom of our domesticated world. Several terms and constructions from the Kabbalah, Theosophy and apocryphal eastern and esoteric teachings are added for the whole concept.

If past, present and future are united in one uncaused and primal zero point, then the chronological line dissolves. As consequence, this spiritual journey could finally be described as “Metahistory”.

Drone and digital noise elements are used in combination with Oriental ones. The listener is not bound or restricted with the author’s idea, instead free to develop their own immersion in contact with AA’s sound